Join us for the 34th Annual Parade of Homes: November 7, 8, 14, & 15 Noon to 5 p.m. For more information, visit http://wilmingtonparadeofhomes.com.
Skip to content 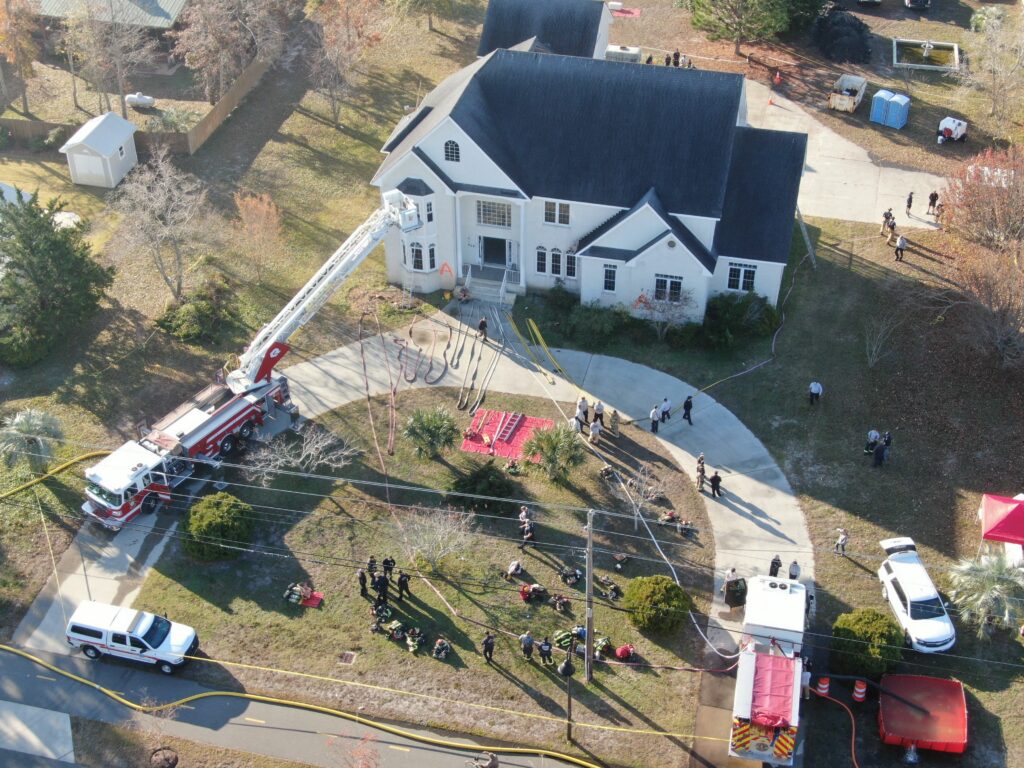 We often demolish an existing home before we begin building a new home. In this case, we were able to put the demolition to good use by allowing firefighters to perform live training on the home as it burned. Roughly 90 firefighters from nine different departments trained for a total of 48 hours. The firefighters were so appreciative since they had never received this level of live training.

One “rookie firefighter” learned a lesson that could very well save his life and/or the lives of other firefighters. During the demonstration, he charged enthusiastically into a smoldering room, but he hadn’t planned for the appropriate amount of hose. When the room erupted in flames, he found himself with fire both in front of and behind him. Because it was a monitored training, he was never in any harm. In fact, he was able to laugh about his lesson and said it was one he would never forget.

During the demonstration, the neighbors were very accommodating and did not complain about the smoke or ash. The entire community looked upon it as an opportunity to observe, mingle and pass a nice winter day with friends as they watched the events unfold from a safe distance.

If you or anyone you know is dreaming of building a new home in Carolina Beach, Kure Beach or Wilmington, contact us today to discuss the possibility of turning that dream into a reality!